Why The IT Band SHOULD BE Tight 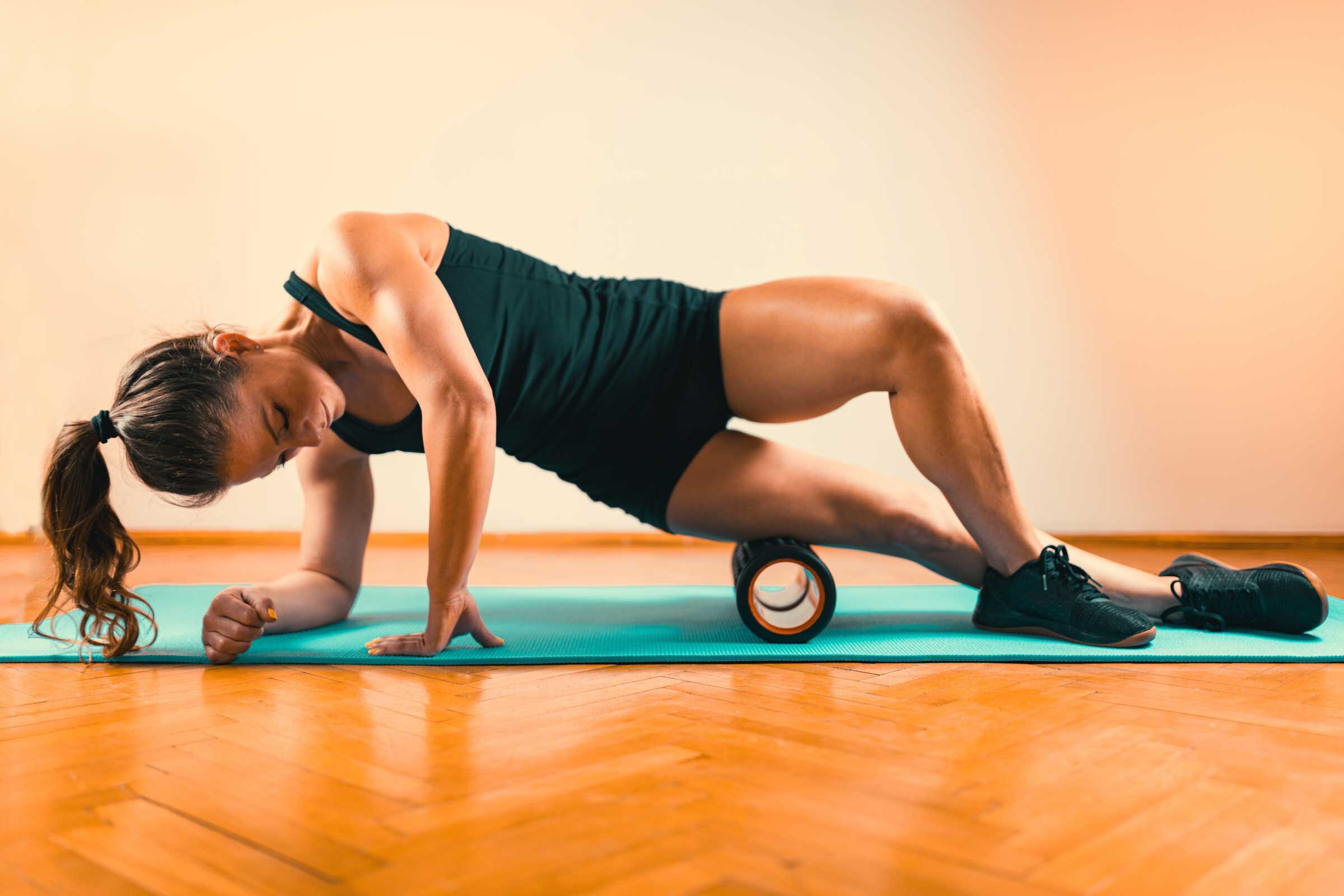 Why The IT Band SHOULD BE Tight

Common Myths and Facts on IT Band Pain

The IT Band is often times a commonly misunderstood area of the body. We often see the general public encouraging athletes and runners to foam roll and stretch out their IT band in hopes of increasing the length and pliability of the IT band, thus hopefully decreasing the discomfort or pain the athlete may be experiencing in their lateral thigh. In this article, we’re going to discuss the function of the IT Band and why it actually should be “tight” in order for it to be strong and create stabilization at the hip, knee, and thigh for athletes.

What Is The IT band and It’s Function
Before we discuss anything, we need to understand the IT band structure itself. The IT band is a structure along the lateral leg stretching from the hip to below the knee. It connects up top on the hip to both muscles and bones and has multiple attachment points on the thigh until it connects to both the knee and shin. The purpose of the IT Band is to stabilize the hip and knee joints through dynamic motions such as acceleration and deceleration. Over time, because of it’s function, the IT Band has actually adapted to become STIFFER in order to help us stand upright, and interestingly, DECLINES in stiffness for sedentary folks. Even more interestingly, horseback riders actually develop a similar structure along the inside of the thigh to adapt to stress patterns with saddle contact and riding. That’s just how adaptable the ITB and the human body is! So, if you are an athlete and typically a more active person in general who is putting more stress through their legs, (ex. runners and field sport athletes), you are naturally going to have a stiffer and tighter IT band in order to be able to support and be able to handle the dynamic forces going through the hips and knee.

1) IT Band Pain is Due to the IT Band Being Tight
Often times, is very common for runners with a high volume of downhill runners, or new runners to develop some lateral knee pain or tightness commonly attributed to the IT Band. In the past, people have commonly thought the IT band to be tight, and caused friction over the distal IT Band, thus leading to people to stretch and roll out the IT band as a treatment. However, we know that there is a fat pad with a ton of blood supply and nerve endings right where most people feel pain, which makes sense why the distal lateral end of the IT Band is commonly sensitive. This fat pad is meant to protect other sensitive tissues and maintain joint lubrication in high-stress areas like the knee. If it is compressed too much these nerve endings and blood supply are disrupted and pain is felt.

Therefore, if we already have an IT Band and lateral knee that is already aggravated, smashing or trying to “stretch” the already sensitive area would only aggravate and piss off the area even more. We also know that as a runner or athlete, the IT Band gets tighter and more stiff as a natural adaptation of our body in order to withstand the loads seen with higher impact activities.

2) You Can “Lengthen” and Physically make changes to " IT Band
Even if we were trying to “lengthen” and elongate the IT Band, we physically cannot. A study by Chaudry et. Al found that extremely large forces (>9,075N) were required to produce 1% change in fascia. That is basically the equivalent of hanging a F150 pickup truck off your IT Band! So the chances of us trying to achieve forces that high in order to “break adhesions” or “stretch” out our IT Band with a foam roller or stretches aren’t realistic.
Stretching or manual therapy may lead to relaxation changes and sensory changes that are due to stimulating receptors changing the overall tone of muscle, not necessarily creating a physical lengthening effect of the tissue. Stretching, laying on a table having someone massage you, or using a foam roller may temporarily feel good but there isn’t any solid evidence that any of these things create long-term soft tissue changes making them more pliable, less tight, and less painful.

How to Address IT Band Pain

1) Address load management
When one is experiencing IT Band Pain, we typically want to take a look at the workload volume around the same time that their symptoms started flaring up. Was there a sudden increase in running volume? Was there a sudden increase in squats or lunges in the programming? Was there a change in the running environment such as increases in uphill or downhill running or changing surfaces from concrete to trail. One of the many reasons why an athlete may experience sudden discomfort is possibly due to their current loading exceeding the capacity of their tissues at the hip and knee.

2) Improve Knee and Hip Strength
The way we approach this in rehab is to train the surrounding muscles targeting the hip and knee. We load heavy movements such as squats, lunges, and glute work, as well as starting to load dynamically. Meaning, we work on strengthening into deep knee and hip bending at various speeds to challenge those areas. For runners who have issues related to downhill running and MUST withstand those types of loads, this is CRUCIAL for preventing pain in the ITB. Having a rehab professional to figure out what areas you need to target is important, because these are general guidelines are not specific to you. Find someone who will take time to listen to what your specific situation is and can tailor a program to your needs that involves loading and strength training for athletes.

3) Address Biomechanics
For runners dealing with ITB pain, manipulating different variables such as step rate and cadence can be beneficial for distributing forces away from the knee. Research has shown by increasing step rate by about 5%, we can decrease the total shock absorption at the knee by about 20%. Manipulating biomechanical variables can be a good way to allow the athlete to continue training while rehabbing the injury.
Hopefully this clears up some of the common misconception that you may have heard in the past. If you’re experiencing pain limiting you from living the active lifestyle you want, get in contact with us! We want to help you live an active fulfilling life pain free!